Principal Mr. Ranjit Dass has been awarded the National Teachers Award by the Union Human Resource Development ministry for the year 2013. The Award carries a Certificate of Merit, cash Rs. 25000/- and a Silver Medal.The Award will be presented by President Mr. Pranab Mukherjee on Teachers’ Day, September 5, 2014 in an Award ceremony at Vigyan Bhawan, New Delhi.

The coveted National Award recognizes the awardees reputation in the local community, academic efficiency, innovation and excellent performance of the school concerned.

On September 4th, 2014, the Awardees will be given a reception by Prime Minister Mr. Modi and will also be felicitated by the HRD Minister Smt. Smriti Irani. 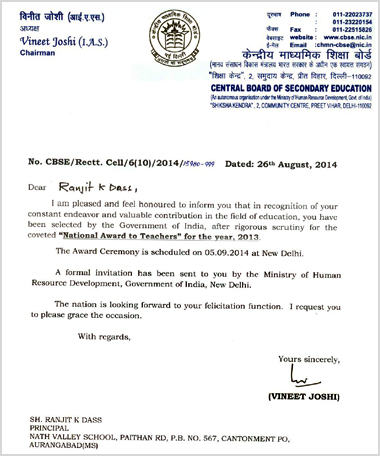 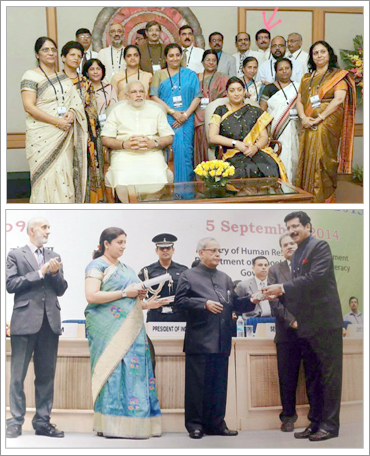